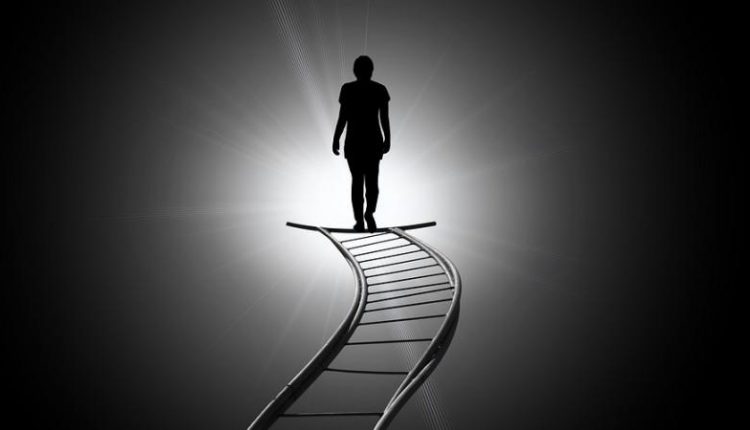 Reincarnation and Return (Rij’at) in Islam

Reincarnation and Return (Rij’at[1]) in Islam

“Rij’at” (return) is one of the accepted principles in Islam for Shia Muslims. Most Shia scholars believe in the Return (“Rij’at”). The question here is what is the meaning of return and what is its quality? One of the most important books written about “the Return” is called “Al-Haj’a” by Sheikh Al-Hurr al-Amili (1624 – 1693). He gathered about 500 narrations from 14 Ma’soomin. In fact, many of these narrations are extracted from different Prayers (Duas). Even though many of the narrations are not related to the Return, because of his principles, he considered them as the Return narrations. For example, the Holy Quran says, “Permission is given to those who are fought against, and God is able to give them victory”[2] (Al-Haj:39). Sheikh brought a narration in the book which says, “These are related to Imam Ali (A), Imam Hassan (A), and Imam Hussain (A)”. This narration is not related to the “Return” (Rij’a) subject. Most of the narrations talk about the “Return” but do not describe its meaning and quality. The “Return” happens when someone is somewhere and leaves from there and returns to it later.

There is a key narration from Imam Reza (A), “Ma’mun Abbasi asked Imam Reza (A), “What is your opinion about the Return?”. Imam replied, “Return is true, it was among the previous nations, and the Quran has spoken of the Return, and the Messenger of God (Prophet Muhammad (S)) said, “Everything that was in the previous nations will happen to my nation without exception. When, my son, Mahdi (AJ) appears, Jesus descends from heaven and follows him in prayer. Islam was lonely in the beginning, and it will be lonely again in the future, blessed are those lonely. Then someone asked the Prophet (S), “What will happen after that?”. The Prophet (S) replied, “Then the right goes back to its owner”. Ma’mun asked, what do you say about reincarnation?” Imam Reza (A) replied, “Whoever believes in reincarnation has disbelieved in God and denied Paradise and Hell”. Imam Reza (A) said the “Return” is the return of truth to its owner, meaning the government will return to Imam Mahdi (AJ). There is no problem with this meaning and for sure this will happen when Imam Mahdi (AJ) appears. Also, Imam Reza (A) linked the “Return” to the return of Prophet Jesus (A) to the Earth. Muhammad khan Kirmani in Kitab al-Mubin wrote, “Imam Sadiq (A) said that some Shia say that the power and government taken from us will return to us. Had power and government taken away from us to return to us again?”. This meaning of the “Return” is acceptable without any doubt.

Only a few narrations in the book indicate that the  Infallible Imams return to this world and rule it. Of course, the validity of each of these narrations must be carefully examined because the idea of the return of the Imams to the world and ruling it, is one of the beliefs of Sabai (The followers of Abdullah Ibn Saba). Sabai followers were people who had blasphemous and exaggerated beliefs. For example, they believed that Imam Ali (A) was not dead but was upset by the people and had hidden. One day, he will return and rule the world. They believed that God has incarnated in the Imams. So, some of their beliefs may be mixed with Shia narrations.

Allameh Tabatabaei in his book “Al-Mizan” in the interpretation of the verse of the Holy Quran “And remind them of the Days of God. In that are signs for every patient and thankful person”[3] (Ibrahim:5), said, “The Days of God are three: 1- The Day of appearance of Imam Mahdi (AJ), 2- The Day of Return (Rij’a), and 3- The Day of Judgment. The Day is the time when things become apparent. So, the Days of Gods are three occasions (stages) that the truth becomes apparent and visible. The first one is the appearance of Imam Mahdi (AJ), which makes the truth of Islam clear (What is monotheism, Infallibility of Prophets, Whose beliefs were correct? Which narrations were valid, and the appearance of justice in the world, etc.). The Day of Return is for the Hereafter after this worldly life. The ruling of Imams is in the Hereafter. Another Day is the Day of Judgement which is the highest level of appearance of truth”. Sheikh Hurr Amili believed that the Day of Judgment will be on this Earth. Then he concluded that based on narrations that say, Imams will rule the world must be on the Earth. So, this is necessary that Imams will come back to this world. But he did not notice that Prophet Muhammad (S) said that “whoever dies will be resurrected”[4]. The holy Quran says, “On the Day when the earth is changed into another earth”[5] (Ibrahim:48). Based on his belief, Heaven and Hell will be created when the Day of Judgement happened! But based on the Holy Quran and many narrations, heaven and hell already exist. “You were in neglect of this, so We lifted your screen from you, and your vision today is keen”[6] (Qaf:22). “And race towards forgiveness from your Lord, and a Garden as wide as the heavens and the earth, prepared for the righteous”[7] (Al-i-Imran: 133). “And guard yourselves against the Fire that is prepared for the disbelievers” (Al-i-Imran:130). Imam Reza (A) said, “Heaven and Hell are created, Prophet Muhammad (S) ascended from the earth to heaven and saw the hell”. The validity of narrations must be precisely studied. Any narration that is against the Holy Quran must be discarded. For example, God says, “Surely We revealed the Message, and We will surely preserve it”[8] (Al-Hijr:9), But a Shia scholar gathered about 1000 unreliable narrations from unreliable people to prove that Quran is changed. Allameh Hassanzadeh said, “The Holy Quran never changed and I am ready for “Mobahila”[9] (let us invoke God’s curse on the liars)”.

So, The Day of Return is a small version of the Day of Judgement that is between this world and the Day of Judgment.  The Day of Return is not a day that our Imams back to this life, these are more storytelling and beliefs of Sabai followers. As Imam Reza (A) said the Return has two meanings, 1- The return of truth to its owner, meaning the government will return to Imam Mahdi (AJ) 2- The return of Prophet Jesus on the earth.

There is a strange similarity between the return of Jesus to earth and the appearance of the Imam of the time, Imam Mahdi (AJ). This similarity goes back to the common paternal ancestor of these two nobles. God gave Prophet Abraham (A) two sons named Ismail and Isaac in his old age. Prophet Ismail’s mother was Hajar and Prophet Isaac’s mother was Sara. Prophet Abraham (A) prayed a lot for his sons and we know his prayer is accepted by God. Israel in Hebrew means the servant or slave of God, it has the same meaning as Abdullah in Arabic which means the slave of God. God selected many prophets among “Bani Israel” (The children of Prophet Jacob (A)) and last one was Prophet Jesus (A). Prophecy ended in Bani Israel by Prophet Jesus (A). It is very strange that the Jews scholars decided to kill Prophet Jesus (A) even though he raised the dead, healed the sick, and made the blind see. Because he told them that they are deviant and have ruined God’s religion. He said, “You have become infected with worldly life”. God hid Prophet Jesus (A) among them and took him to heaven. They mistakenly crucified one of the apostles of Prophet Jesus (A) and they themselves doubted it. “And for their saying, “We have killed the Messiah, Jesus, the son of Mary, the Messenger of God.” In fact, they did not kill him, nor did they crucify him, but it appeared to them as if they did. Indeed, those who differ about him are in doubt about it. They have no knowledge of it, except the following of assumptions. Certainly, they did not kill him”[10] (An-Nisa:157). How can someone kill him when he can raise the dead? Life is in his hand with God’s permission, when he blows to mud it becomes a flying bird.

On the other side, Prophet Muhammad (S) was from Bani Ismail (Children of Prophet Ismail (A)). Prophet said, “Anything that happened to the past nations will also happen to my nation”. Imam Mahdi (AJ) who is the last successor of the Prophet Muhammad (S) hid from the people. One day, Imam Mahdi  (AJ) will appear next to the Ka’ba (The house that was built by Prophet Abraham (A)). At the same time, the last Prophet of Bani Israel, who is Prophet Jesus (A), will also return and Bani Israel and Bani Ismail will reconcile with each other. Shia and Sunni narrated that at that time, Prophet Jesus will be praying behind Imam Mahdi (AJ). Someone might ask, how is it possible that a Messenger of God prays behind someone else? Yes, as we discussed and proved many times that the Imamate’s rank is higher than prophecy. “And when his Lord tested Abraham with certain words, and he fulfilled them. He said, “I am making you a leader of humanity (Imam).” He said, “And my descendants?” He said, “My pledge does not include the wrongdoers”[11] (Al-Baqara:124). God granted Prophet Abraham (A) the Imam position when he was old and he was already prophet and Khalil (friend of God).  In some prayers we say, “O the Imam of Jesus”. Interesting enough that some narrations say, “Christians pledge allegiance to Imam Mahdi (AJ) earlier than many Muslims because they will see Prophet Jesus (A) pledge allegiance to Imam Mahdi (AJ)”. Also, we have narrations that say, many Muslim scholars make false interpretations of the Holy Quran against Imam Mahdi (AJ).

In the philosophical discussion about the Return, we say that there is no reverse course in the world system, meaning, there is no regressive course in the world, nothing goes back. When a person is born, he does not return to his mother’s womb. When he dies, he has no return to the world anymore, and the belief that the spirits return to the world is reincarnation, which has been refuted by the wises and is also rejected in the Shia narrations. In Maani al-Akhbar of Sheikh Sadooq, a narration from Amir Mu’minin Ali (A) denies his return to this world.

The importance of Intelligence in Shia narrations  – 1

What happened After Prophet Muhammad (S)

Coincident of revelation book to John with Islamic Shia narrations