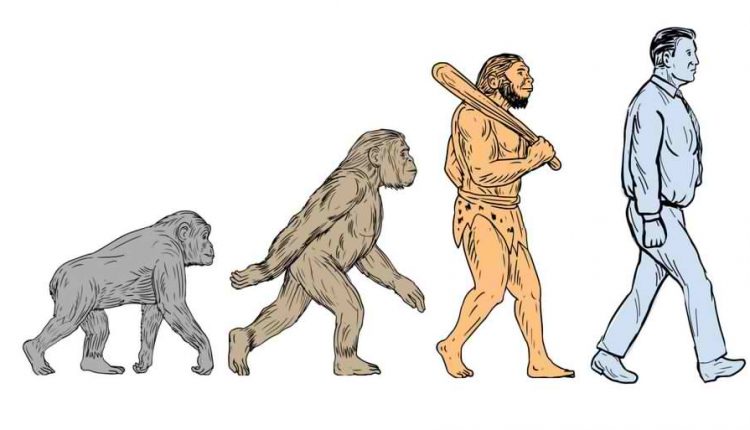 The superstition of evolution

In the name of Allah, the Compassionate, the Merciful

The superstition of evolution

One of the theories that has been emphasized a lot lately and is sought to prove in documentaries and even scientific books is evolution subject, which is the Darwinian theory. The summary of this theory, which states how creatures were created, is that life first appeared in a simple and cellular form, then this cell grew and evolved into various forms of plant and animal life, the most perfect form of which is modern man, so our initial creation must It was from an animal resembling a monkey, which was an evolved from a creature inferior to itself.

This theory, which is widely discussed at this time, is one of the principles of the religion of materialists, which even in some universities around the world, contrary to this theory, it is considered a crime to argue. They thought that with this hypothesis they could cut off God‘s hand from the creation of the universe and attribute creation to an imaginary thing called evolution. To escape the many scientific flaws that underlie this hypothesis, it is said that the process of evolution is very long and takes millions of years for little evolution to take place in an animal or plant. Unaware that in the assumption of evolution in the creation of the universe and man there are unanswered questions as follow:

If there is no driver for this evolutionary process, why do beings move towards perfection and, for example, do not move towards imperfection?

Is this process of evolution accompanied by knowledge? Meaning that, does evolution proceed with knowledge or not?

If it is not associated with knowledge, then how does this wonderful order prevail in the world?

If evolution accompanied by knowledge, where is the source of this knowledge? And which conscious being leads this process?

And that it says a philosophical rule: “One does not have an object cannot be a giver of that object. That is, the giver of something must have it”. Now we ask, does the one who gives evolution to the world have perfection or not? If not, then how does he gives it? If it exists and has all perfections, that is the truth we call God.

But beyond all this, in all the divine religions, man creation has been introduced as a miracle thing(we call a thing as miracle when it happens out of ordinary) , and the issue of evolution is more like superstition, especially if the motion of essence is considered. So, we should know that world must be manage by the Creator moment by moment. The creation of this world is not like a building or a structure that once was built and completed and there is no need for a builder anymore. Rather, matter is a motion truth that is renewed by the movement of its divine grace and the creator of this world must give it existence moment by moment otherwise it would be non-existence. it is like the light of a lamp in which the electric current is continuous, and a moment of power outage causes a blackout.

Coincident of revelation book to John with Islamic Shia narrations