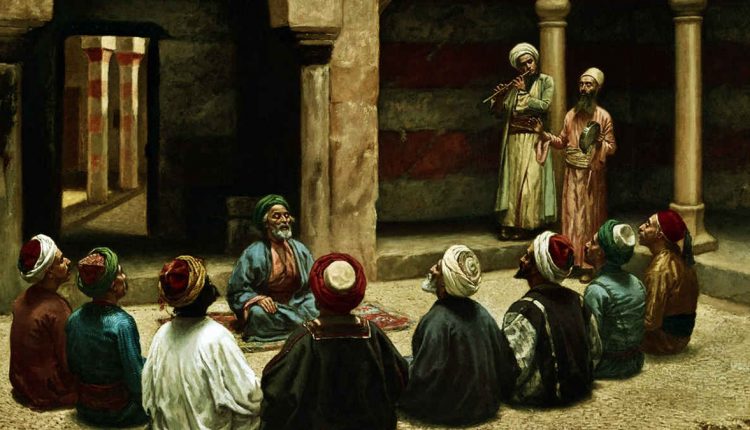 Salafis and Wahhabis are as opposed to the Sufism as they are to the Shiites (Shia). Why is that? Why do Wahhabis see Shiites and Sufis in the same line?

In response, I say that true Sufis and mystics receive truths and intuitions in their spiritual revelations that are in accordance with the principles of Shia. Sufism in many religious teachings agree with Shiites (Shia). One of the principles of Shia is “the belief in Savior”, and that the earth is never empty of God’s reason (Hojjat Allah).

The same thing has been said by mystics under the name of pole that the universe has a polar that all creatures circle around him. Mr. Seyyed Haidar Amoli, who is one of the great Shiite jurists and mystics, has said in his book “Jame al-Asrar” in this field that what the Shiites say, also the true mystics say by their intuition. This has led Salafis and Wahhabis to equate Shiites with Sufis.

There are many Sufis who are infidels and out of the straight path, but it is not true to say that they are all infidels. If one examines the books of Sheikh Akbar Mohi-ud-Din Ibn Arabi, one will see how he has explained the Shiite principles in his books and proved them.

For example, he has spoken in detail about Imam Mahdi (AJ), the life of Imam Mahdi (AJ), as well as his emergence and rule and his greatness. It is necessary to remember that the hadiths narrated in condemnation of Sufis in Shiite books are often without firm proof.

Of course, our belief about Sufism is not that all of them and their words are right and without error. Those beliefs that are in accordance with the Qur’an and the hadiths of the infallibles are only accepted by us. Because our criterion for distinguishing the truth from the falsehood is the “Holy Quran” and “Ahl al-Bayt”.